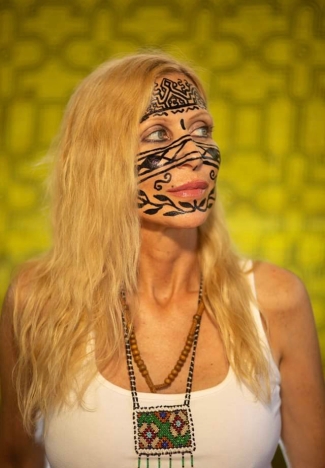 Meri is an initiated and certified Kambo Teacher and Master Practitioner through the IAKP (International Association of Kambo Practitioners) and was trained by Master Practitioner, and founder of the IAKP, Karen Kanya-Darke.  Meri is the founder of Warrior Way Healing and is also an initiate in the shamanic Mayan-Toltec tradition, a Reiki Master, and has had the honor of being initiated into the Shipibo tribe lineage after extensive and intensive training in the Peruvian Amazon.  She is also an ordained minister and an initiate in several other esoteric and fraternal Orders.

She provides traditional indigenous treatment methods in her Kambo work but also combines newer application methods such as meridians, chakras and auricular, when appropriate.

Meri is also certified in Flower Essence Therapy and often incorporates this into her healing practice.

Born a gifted psychic medium, Meri has been able to communicate with the Spirit realms since early childhood.  In 1989, after learning about her from people in the paranormal research field, famed investigator, Budd Hopkins, contacted her.  After several meetings, he wanted his colleague, Dr. Hans Holzer, the well-known paranormal researcher who authored over 100 books on the supernatural and occult, as well as former host of the television show, “Ghost Hunter,” to meet her too.  After being introduced, Meri and Dr. Holzer quickly forged a close bond, based on mutual admiration, with Hans becoming a strong support system for her as a guide and trusted confidant.  They remained close friends until his passing in 2009.

“You’re ageless, yet beyond the ages

You’re wiser than the wisest sages

You’re put on earth to learn, yet teach us

to yearn and seek, but also reach us.

The tie that binds, to lead us, read us

You’re glorious, and so much more.

Why have we met? Lest I forget

We see the world and life as one –

and so much more needs to be done.

Beings of Light have chosen you

To make what needs to be, come true!”

Meri is also a trained Remote Viewer and has been a guest speaker at the IAC (International Academy of Consciousness).  She was one of the anonymous participants in the book, “The Omega Project” by Dr. Kenneth Ring.  She was astonished to learn in 2009 that the character Sophie in the book, “Sophie’s World,” is actually based on her.

HOW I CAME TO WORK WITH KAMBO

In 1997, I was diagnosed with Systemic Lupus Erythematosus (SLE), a life-threatening, auto-immune disease that causes debilitating pain, swollen joints, and extreme fatigue among a host of other ailments.  In spite of being on numerous pharmaceutical regimens, my Lupus was “flaring” often.  The side effects of the medications were horrible; none seemed to agree with me, and the risks (i.e. potential loss of vision) were scary.  In spite of following doctors’ orders, I was still constantly going out of remission and, at times, being admitted into the hospital.  I finally decided to take my health into my own hands and study natural & alternative healing methods.  Putting into practice all that I learned, which started to include regular Kambo therapy, I was no longer getting sick or in need of medications.  I do not advocate people stop taking prescribed medications or stop seeking traditional medical treatments; I am only sharing what I chose to do.

I first learned about Kambo several years ago, right after returning from a trip to Peru.   It’s ironic how I came to use Kambo in NYC; something that originated from the exact place I just returned from!!!  I had gone to Peru to further my shamanic studies and to work with the Shipibo tribe and their sacred plant medicines.   It was a remarkable, life-changing trip, with many of my life’s puzzle pieces finally coming together.  When the opportunity presented itself for me to try Kambo in New York, especially after I found out it came from the Amazon, I was in!  I have been a repeat customer ever since.  I am so honored, grateful, humbled and thrilled to be a Kambo practitioner and to be in a position to help improve people’s lives. 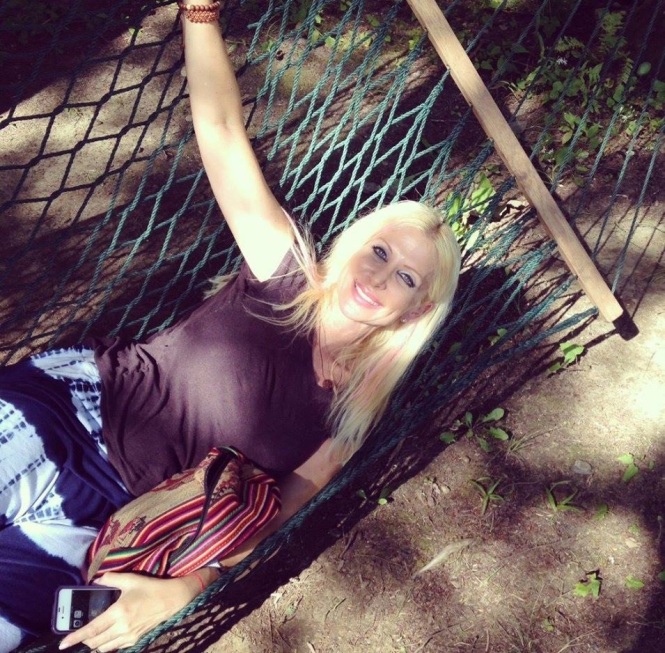 PLEASE NOTE THAT NONE OF THE SERVICES OFFERED CONSTITUTE ANY FORM OF MEDICAL PRACTICE. KAMBO IS NOT A MEDICINE. IAKP PRACTITIONERS ARE NOT DOCTORS, NOR ANY OTHER FORM OF MEDICAL PRACTITIONERS. IAKP PRACTITIONERS DO NOT DIAGNOSE DISEASE, OFFER HEALTH ADVICE, TREAT PHYSICAL OR MENTAL HEALTH ISSUES, OR PRESCRIBE MEDICINES. KAMBO IS A SHAMANIC RITUAL AND CEREMONY FROM THE AMAZON RAINFOREST - - IT IS NOT A MEDICAL TREATMENT. PARTICIPANTS ARE ADVISED TO DO THEIR OWN RESEARCH AS TO THE POTENTIAL BENEFITS OF TAKING KAMBO. NONE ARE OFFERED OR IMPLIED HERE.